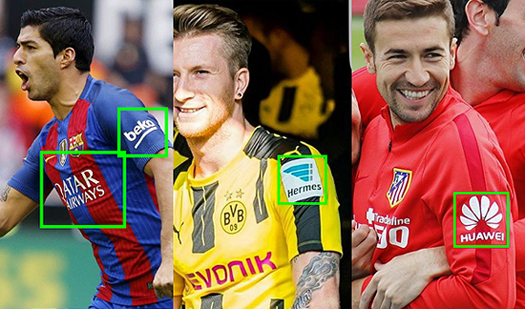 Premier League clubs have been authorized to start selling advertising space on their shirt sleeves. They got the go-ahead a couple of weeks ago and there’s already talk about how much they could secure in these deals. Most sources value the economic potential of sleeves sponsorships at approximately 20% of the value of the main sponsorship deal, which seems pretty accurate according to our own data from the 2015-2016 season. That means that top English clubs like Chelsea, Manchester City or Manchester United could collect up to £10 million per season.

Sleeve sponsorship will be something new for the Premier League next season, but it’s something quite common in other competitions around the world. FC Barcelona and Beko or Atlético de Madrid and Huawei are good examples from LaLiga, and all Bundesliga teams have the logo of shipping company Hermes on their sleeve. Brazil, Argentina and Mexico are home to several other examples of teams that have (or had) sleeve sponsorship deals, such as Cruzeiro, Chivas or River Plate.

If you stop and think about it, sleeves are a great spot for advertising. Yeah, granted, the logos have to be smaller than the ones on the front of the shirt, but they get a lot of visibility nonetheless. Don’t forget that, unlike on TV, teams can control what images and videos they share on social media while maintaining the authenticity of their content. Plus, the fact that the sleeves are a lot cheaper than the front of the shirt make it possible for smaller brands to close deals with the teams, widening the range of potential partners.

The new brands that become sponsors will need, as the current ones do, information about the appearance of their logos on social media, an important part of any sponsorship deal nowadays. That information lets brands know if they are getting a return of their investment and, at the same time, allows teams to accurately value the exposure they give to their partners, a useful piece of information to close future agreements.

Here at Blinkfire Analytics we work with brands and teams from the top American and European leagues to offer them that information automatically and in real time. Thanks to our detailed reports both parties have updated and accurate information to value their sponsorship deals. Do you want to know what else we can do for you? Contact us and we’ll be happy to tell you.