Sports Agents – have you ever had to scramble to piece together data from multiple social media channels?  Do you need to track social media to understand which piece of content generated the most fan engagement?  Has a sponsor called asking in which cities your player’s followers are living?

The newAgent Dashboard from the gurus at Blinkfire Analytics allows you to solve these issues and more.

Here are just some of the features to make your day easier, and remind your player that you are helping them monitor the world of social media.

With the Agent Dashboard, you can now track multiple players in one dashboard. 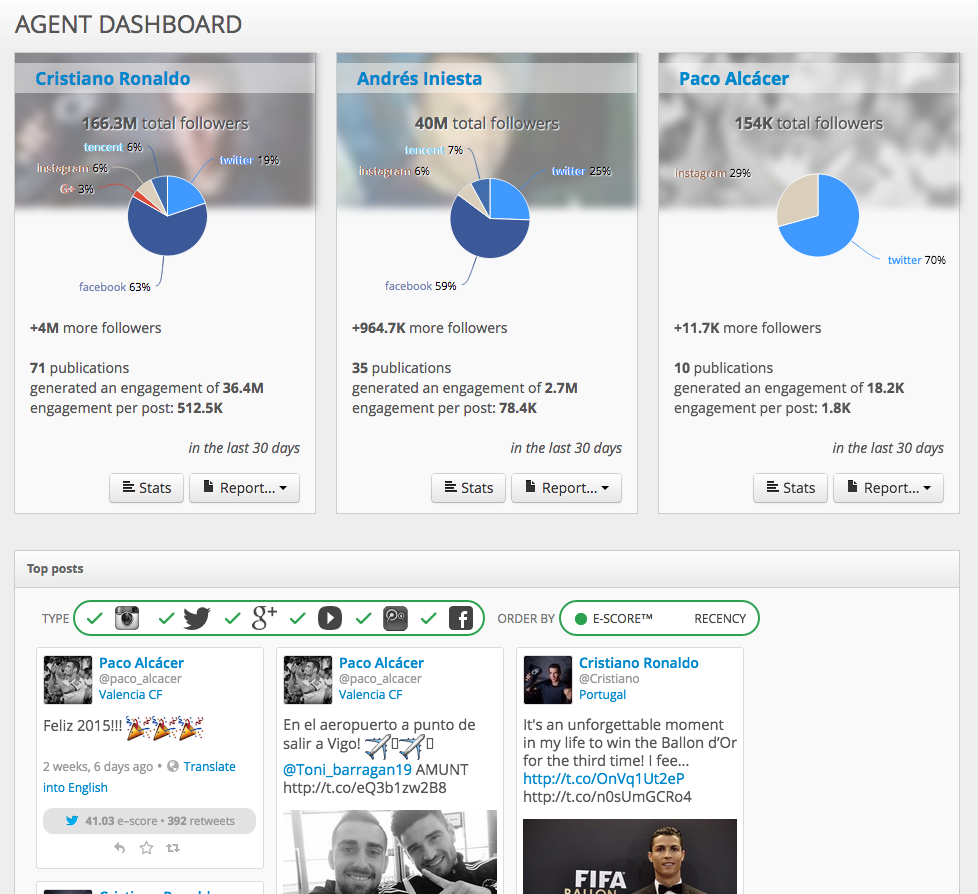 In addition, we allow agents to dig deeper into their clients’ social activity.  The new dashboard provides agents the ability to look at growth over the last 15, 30, 60, and 90 day periods.

For example, let’s take a look at a player’s growth in the last 30 days. This athlete had a total of 4 million followers from all his social media properties and of this audience, we are able to show how many came from Facebook, Twitter, Instagram… 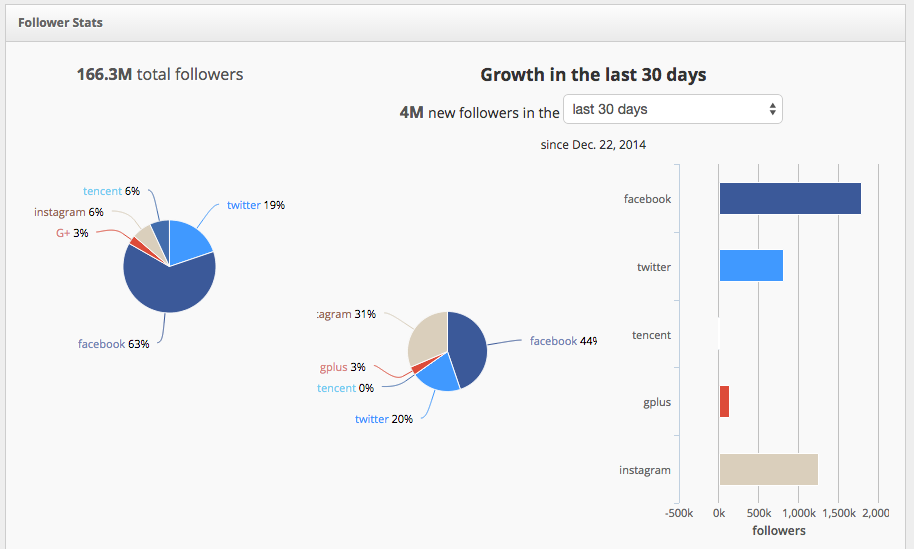 On top of this, the new dashboard also tracks engagement with the player’s content and where their Most Valuable Followers (MVFs™) exist geographically. 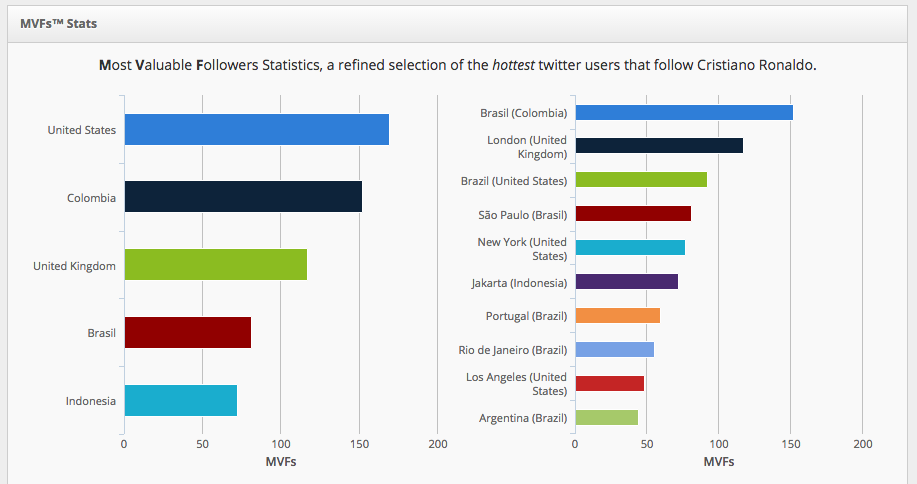 Self serve sign up and pricing will be released soon.