Several weeks ago, we introduced league search functionality to our site. Well, now we’ve stepped it up a notch. Not only can you track every league’s growth on social channels, but we also incorporated analytics from every team into the pages, making it possible to access data for all the teams and players from a league.

The best development: We adopted our brand spotting technology and sponsorship dashboard to the league feeds. That means our little green box can work its magic in these massively popular feeds to capitalize on how many visual mentions a brand receives. With some leagues having more than a score of sponsors, this tool will allow you to sort through the chaos and determine if a specific sponsor really is getting a return on its investment within social channels. 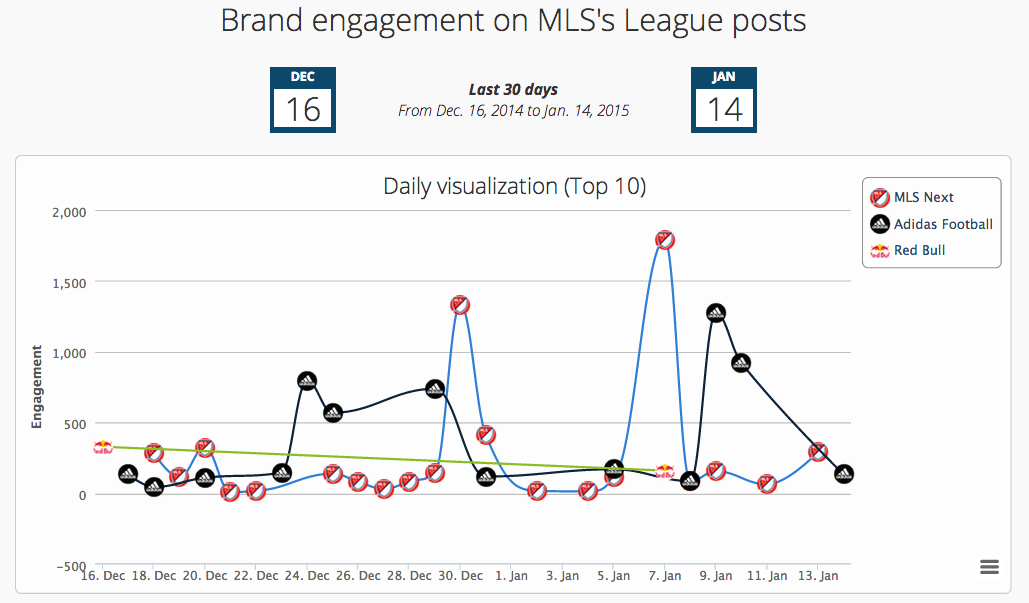 Similar to how the dashboard functions within team pages, the tool separates the sponsorship data into tabs. Of course, you can view the overall brand interactions on the league’s feed. But what’s even more lucrative is the capability to pull data from every team within that league as well. By using the collective information from teams’ feeds, a league representative can look at how well branding and sponsorship are engaging across the entire spectrum. As before, we’ll also show you which competitors sneak into your owned media and how brands are activating in players’ posts.

Let’s use a small example. The NBA has more than 10 sponsors that range from an official sports drink to an official insurance company. Kia Motors spent millions furthering their investment in the league and seem confident the business will come back to them. The automaker featured LeBron James, the most-followed American athlete, in a recent commercial, making a splash in the sports media world. 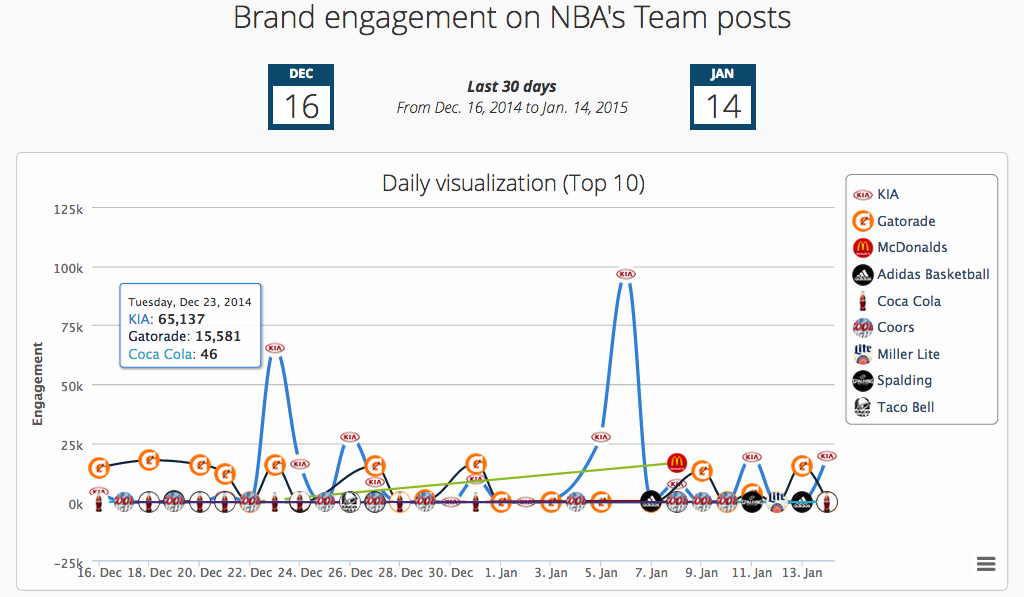 To analyze the full extent of Kia’s reach on social media and its online brand engagement within the league’s feeds, both Kia and the NBA could leverage our data. The league can use our technology to examine brand exposure and calculate how well individual partnerships perform within the larger picture, while the company takes a magnifying glass to its sponsorship investments.

If you want to advance to the next level of social media analytics and ensure your league sticks to its sponsors, start your trial today. You won’t be disappointed.