No Hashtag? No Problem.

You don’t have to look far these days to see a hashtag.  Hashtags are all over television commercials, billboards, we’ve even seen them on soccer jerseys, and even end zone paint.  Marketers have been using hashtags for quite some time to track their campaigns.  There’s no shortage of tools that can track them.

However, they rely on the humans actually tagging their content the right way with the right hashtags.  Hashtags made a lot of sense when the social web was mainly text based, but really becomes an afterthought in many campaigns these days.

Are we seeing the death of the hashtag?

Case in point:  the recent #StraightOutta campaign-turned-meme in concert with Beats by Dre-that was activated by having a number of athletes tweet a picture of themselves with a graphical overlay riffing on the cover art of N.W.A.’s “Straight Outta Compton” and then providing a way for anyone to follow suit through a tool to generate one for themselves as a way of cross promoting the movie release.

However, the athletes in question used hashtags inconsistently, or not at all.

Take for instance, one of the most prominent athletes in social, LeBron James, who posted on both Instagram, Twitter, and Facebook with the hashtag #StraightOuttaAkron but with the correct mention tag of @beatsbydre.

When what he was probably supposed to do what JaVale McGee did, which was separate the #StraightOutta tag, from where his is from, Flint, Michigan.

or what Thierry Henry did with just a plain #straightoutta 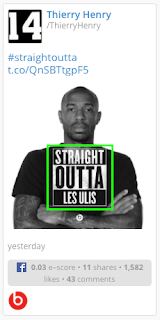 And then Dwayne Wade posts on Instagram with no hashtag related to the campaign at all: 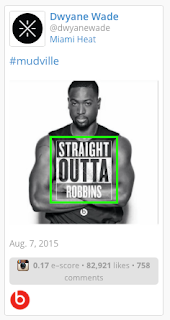 Our point being, dear readers, is that all these posts have value (that are going up up up each day!) but if you are only looking at textual hashtags on social, which has become a visual medium, you aren’t tracking your campaign reliably. The visual execution of the campaign is fantastic, and easily trackable if you have the means. We have the means. 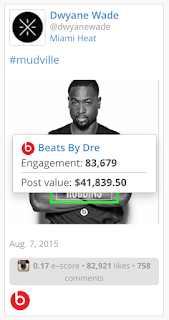 What we mean when we calculate value, is that if you were to execute this campaign by purchasing the engagements in each of their respective network auctions (Twitter, Instagram, Facebook) – depending on how you targeted the campaigns, it would cost you about this much to equal the organic traffic on a Cost Per Engagement basis.  (We’ll get into our different valuation methods available in a future post here, really soon).   But it can be very material when you add it all up. 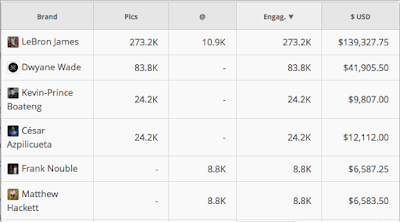 Of course, getting back to the point of this post, if you were only tracking your campaign hashtags in text, you wouldn’t even be able find most of the posts in this screenshot below, let alone add up the value! 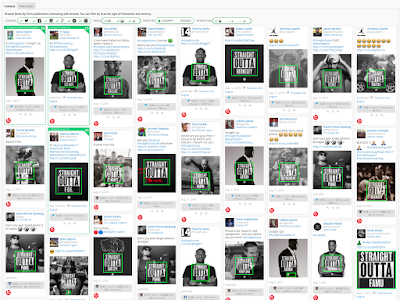