We love adding new leagues and tournaments to our system. We have 46 professional sports competitions already and the latest was the Europa League, the successor to the old UEFA Cup. 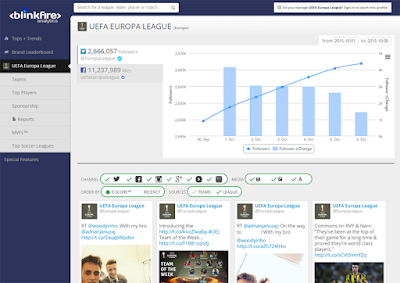 We already had the most important European soccer leagues (like the Spanish LaLiga, the English Premier League or the Italian Serie A) and also the UEFA Champions League, the most prestigious European competition, so adding the Europa League was the next logical step.

This means that you can now access all teams taking part in this competition and check their social channels. We’ll need a few days to add the data for each roster, but we’ll try to have it done as soon as possible.