How much is social media worth to sports sponsors? 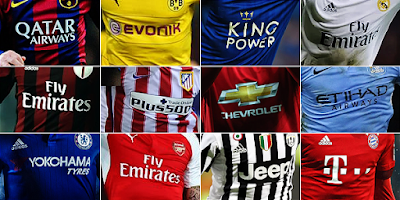 It’s no secret that one of the main sources of income for top-level teams are sponsorships. Teams often get millions of euros from companies that want to associate their brand to the teams’ triumphs and get media exposure.

Not so long ago that exposure was limited to the weekly broadcasting of matches and what print media published daily, but the landscape of sports information has changed dramatically and now teams use social media to reach their fans and keep them up to date 24/7. That means that social channels are the place where brands are getting a very important part of the exposure they receive from sports sponsorships and teams need to adapt to that new reality.

Here at Blinkfire Analytics we detect that exposure and calculate its economic value. At the end of the 2015-2016 season we tallied up our numbers to see how many engagements and how much value teams generated for their main sponsors and apparel providers in the top European soccer leagues from September 2015 to May 2016, both included.

If we focus on La Liga, the 20 teams in Spain’s top division generated over 317 million engagements for their main sponsors in all their social channels (although there are four teams that didn’t have a main jersey sponsor this past season). That amount of engagements translates into a social exposure valued in over €92 / $103 / £71 million, with an average of €5.7 / $6.4 / £4.4 million per team. The reality, though, is that 99.7% of that value corresponds to just three teams (you don’t need us to tell which three, right?). They are the most followed teams of the competition, yes, but they’re also the ones that have made the switch to the new digital sponsorship world we told you about some time ago.

Something very similar happens when we take a look at apparel providers, which received nearly 181 million engagements and exposure valued in €42 / $47 / £32.5 million. Once again, the majority of that valuation corresponds to just a handful of teams.

In the English Premier League main sponsors got 92 million engagements on social media, while apparel providers got 91 million. That exposure meant €24.7 / $27.7 / £19 million for main sponsors and €23.8 / $26.7 / £18.4 million for apparel providers. In this case both engagement and valuation are better spread out among the teams than in the Spanish La Liga, but there are five teams that contribute an 89.8% of that total valuation.

The NBA will begin putting sponsorship logos on player uniforms in the 2017-18 season, and it’s only a matter of time until other competitions take that step. The figures in our analysis convey an idea of the economic potential of social networks for brands and, at the same time, point out the need to rely on tools that measure that visibility. That’s exactly what Blinkfire does for its customers.

We work with some of the top teams and leagues in the world to help them track the value of their social media content and the visibility they give to their partners and sponsors. That information allows them to send accurate reports to their current sponsors and, at the same time, close new sponsorship deals. And, best of all, we don’t offer that information only once the season is over. Both teams and brands can check their reports whenever they want to see how they’re doing and adjust their social media strategies accordingly.