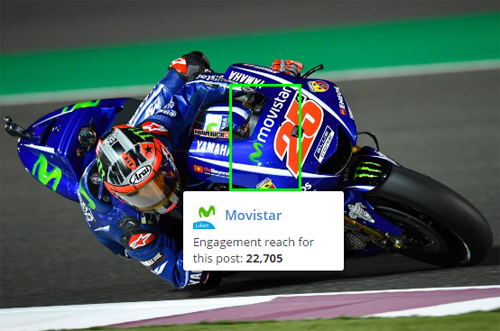 Fasten your helmet, MotoGP is now on Blinkfire!

The 2017 MotoGP World Championship started in Qatar one month ago. Hundreds of thousands of fans attended each race, and nearly 6 million people watched on TV the last race of the 2016 championship.

These outstanding figures are mirrored on social media. As with most professional sports, motorcycling has a massive social following. MotoGP’s Facebook page borders on 12 million fans at the time of writing this post and they have approximately 20 million followers on all their social networks.

Top teams such as Movistar Yamaha and Red Bull KTM Factory Racing have over 3 million followers, a small number when compared to the more than 21 million of Italian legend Valentino Rossi, the most popular racer.

Here at Blinkfire we were already tracking the social content of several teams and riders on a customer’s request, but now we have added to our platform all teams and racers of the MotoGP category. This means that from now on we will search for brands on all social posts shared by MotoGP, their teams, and all their riders.  As a special bonus, we will calculate the value received by sponsors such as Red Bull, Monster Energy, Movistar, Repsol, TIM, or Alpinestars.