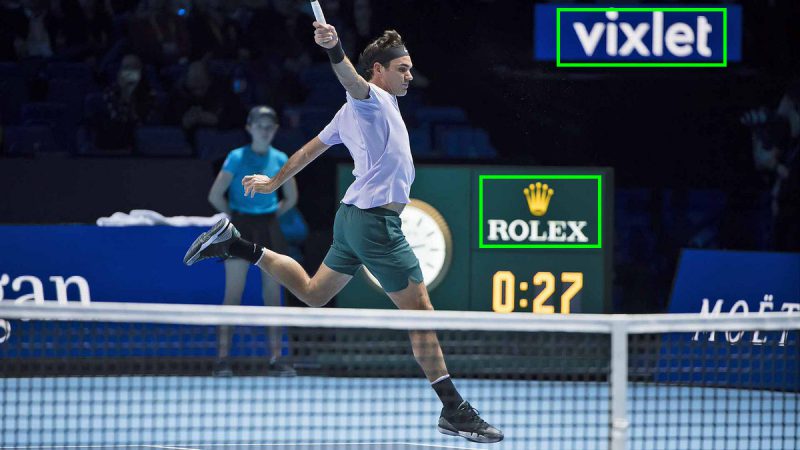 The 2017 ATP Season came to a close last week with the Nitto ATP Finals held in London at the O2 Arena. With the top eight men in the world duking it out for bragging rights and a list of hard hitting sponsors, we decided to track the tournament. We like to have fun that way.

For those of you who aren’t familiar, in addition to our “always on” real-time tracking of over 35 sports, 140 leagues, and 136,300 players, our platform also allows monitoring of specific sporting events that get tracked under the “My Events” link on our sidebar.

By adding the official social handles of the ATP and all eight participants (Grigor Dimitrov, Roger Federer, Rafael Nadal, Jack Sock, David Goffin, Alexander Zverev, Marin Čilić, and Dominic Thiem), tournament sponsors and hashtags, and geotagging the area around the O2 Arena, we collected all social activity and brand spotted logos — giving us a deep understanding of just how lucrative social media was for the ATP’s sponsors.

Adding a three-day cushion to the beginning and end of the Nitto ATP Finals, which ran from November 12 to November 19, the tournament’s social media data, included 15,124 engaged media posts, 7,886 unique social handles, and 10.6M in total engagement. Below is a graph depicting daily engagement by type: Event, Players and Teams; Checked-in Fans; Fans using event hashtags. As you can see from the chart, the ATP and tournament participants’ social posts had the most engagement, considering the collective followers on Facebook (34M), Instagram (11M), and Twitter (28M).

Blinkfire tracked the 2017 Nitto ATP Finals sponsors based on engagements (mentions, hashtags, branded content, and logos) using the ATP and participant social media handles as well as fan posts within the geotagged area that used the tournament hashtags. Official tournament sponsors saw more than $360,000 in earned media value (as a refresher, we are using a social media equivalency valuation method, where Blinkfire’s earned media value is calculated by engagements x CPE – where CPE changes based on the social channel and current auction values). I Spy Rolex, Moët & Chandon, & The List Goes On

Blinkfire’s Brandspotter™ tracks and values brands in social posts and combed through the 1,000s of posts during the tournament to spot sponsors. As you’ll see, some posts were action shots – with the brand in the background (see Rolex!), while others are digital overlays. Grigor Dimitrov – Winner on Court and on Social

By tracking the eight participants throughout the tournament, we honed in on their social activity. Grigor Dimitrov, the 2017 Nitto ATP Finals Champion, was one of the players that not only was most active on social media during the week, but also saw a great increase in engagement and follower growth – especially on Instagram. Looking at the graph below, on Instagram from November 9 – November 23, Dimitrov gained more than 24,300 followers, with 13,057 coming between November 19 and 20 (the day of the finals and the day after the finals).

Dimitrov’s most engaged post for the Nitto ATP Tournament was of him kissing his trophy following his victory – with 133,163 engagements for an earned media value of $66,581.50. The one thing to note is that there were no brands present in his post – an opportunity that he and his team might want to leverage as he eyes more tournament wins in 2018.

Blinkfire Events is an awesome asset within our platform that many teams, leagues, and brands use to understand their engagement and impact over the course of a few days and up to a week. The ability to filter posts based on participants, hashtags, and locations not only offers more data, but it’s a seamless and efficient way to understand your social inventory and earned media value.