How did Leicester City’s shocking win affect their main sponsor?

It’s a fact: quality sports results have a direct positive effect on the social engagement of teams and athletes. As a corollary, exposure received by their sponsors and partners benefits from this positive growth.

Never was this more clear than with Leicester City’s amazing Premier League season. Their on-pitch success brought skyrocketing engagement for their their primary sponsor, King Power, with each step toward hoisting the Premier League trophy at King Power Stadium. 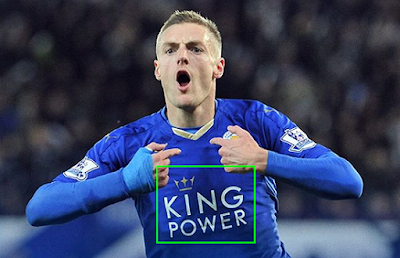 Not surprisingly, similar jumps are seen across the rest of their social handles. For example, they started the season with 208,000 Twitter followers and now they have over 725,000.

How did this spike in social growth impact social engagement? In September 2015 the Foxes’ social posts had approximately 600,000 engagements; by April 2016 they drove 6.6 million, and this May they’ve already received over 13 million engagements (as of May 19).

And how did this engagement impact earned media for King Power? As you can imagine, Leicester’s shocking season has greatly increased the visibility of the Thai travel retail company, especially on social media.

Interestingly, this post starring Leicester’s star forward could have driven another €67,400/ £52,100 / $75,750, but Jamie’s Player of the Season trophy unfortunately covered King Power’s logo, instead getting exposure for Puma and Barclay’s. Not entirely surprising given this post came from the Premier League themselves, who are more interested in Barclay’s positioning.

Neither fans nor bookmakers could foresee Leicester City’s Premier League victory, and we can safely assume that no one at King Power could imagine their brand would get this kind of social visibility this season. This is a great case study in the importance of including social channels when negotiating sponsorship deals and, of course, the necessity of tracking and valuing the social web in an accurate, convenient and fast way.