Last February Facebook announced one of the most important changes in their history. The iconic ‘Likes’, the main interaction among Facebook users, evolved to give way to what they called ‘Reactions‘. 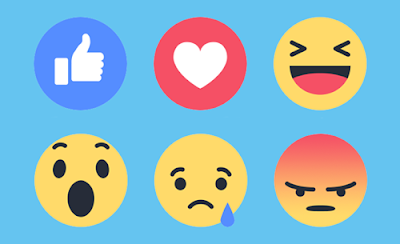 Since then we can go beyond liking a post: we can love it, we can be surprised or amused by it, we can get sad or even angry. A range of emotions that now makes its way to Blinkfire Analytics.

What is the effect of reactions on our platform? Well, from now on the concept of ‘Reactions’ replaces ‘Likes’ (see the example below), and the total engagements received by a post take into account the sum of all comments, the times it has been shared, and every single reaction by users, not only Likes. So, do you like it or do you love it? 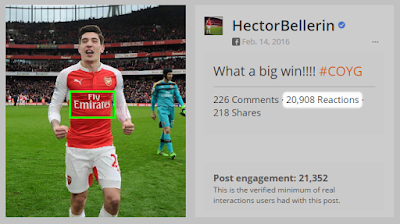 From a valuation perspective, we will value all reactions as “engagements” – whether you liked or disliked that Arsenal bested Spurs again in the Premier League tables, the end user engaged with that content.   As always, we aim to stay on top of such changes from social media networks, so you don’t have to.  We will continue to adjust our numbers and methodologies as this fast changing ecosystem continues to evolve!