When it comes to the world of soccer, there are a few choices that every fan must make: Barcelona vs. Real Madrid, Brazil vs. Argentina, Manchester United vs. Liverpool, and Messi vs. Ronaldo to name a few.

The same is true on the virtual pitch where those who want to live out their dreams choose between EA Sports’ FIFA franchise and Konami’s Pro Evolution Soccer (PES). Much has been written about the battle of the two digital footballing franchises (this Guardian article sums things up well), but at Blinkfire we take a keen interest in how they are promoted by teams and players on social media!

For PES, the strategy is clear: actively sponsor traditional “scenes” with some of the biggest teams in the world, maximizing brand exposure. No matter what league you follow around the world, you’re likely to see PES branding across  active sponsorships with teams like FC Barcelona, Arsenal, Juventus, Manchester United, Rangers, Celtic, Inter, and Colo Colo.

As Juventus and Barcelona battle twice in the UEFA Champions League this fall, you’ll see PES branding on both teams’ lineups, goal graphics, and score graphics.

In fact, anyone who has played FIFA knows that the Italian giants have such an extensive partnership with PES that you can famously only play with a team wearing black and white known as “Piedmonte Calcio” in the EA Sports version.

On the other side, FIFA takes the smart strategy of integrating features from their game like yearly ratings and “Ultimate Team of the Week” boosts into posts with entities like the Premier League, La Liga, and Real Madrid.

PES, which was originally released as “World Soccer: Winning Eleven” in the United States, has never held much of a market share across the pond, for reasons that can probably be traced back a generation. EA Sports FIFA ‘98 is considered by many to be an all-time classic on the Nintendo 64, coming out years before PES was ever released, allowing the EA Sports brand to earn the coveted spot in the hearts of American fans. For a country that has only recently become truly soccer crazed, the prospect of two different franchises gaining traction was probably not on the cards.

In the United States, FIFA dominates and has a particularly close partnership with Major League Soccer. In fact, the domestic American soccer league has a dedicated eMLS account and every MLS team has a dedicated FIFA player that, in normal times, competes in tournaments around the country.

This strategy of tournaments, culminating in the eWorld Cup Finals, as well as the FIFA Ultimate Team which monetizes the franchise even further, means EA Sports doesn’t even really need to create the extensive partnerships with teams in the strategy that PES does with thousands of macro and micro influencers on social media building the hype for the game on their own.

Using our Brand Leaderboard, we can see that in the month of October, EA Sports and FIFA lead the way with nearly double the engagements earned vs. Konami and PES. So who are you? Team FIFA or Team PES? 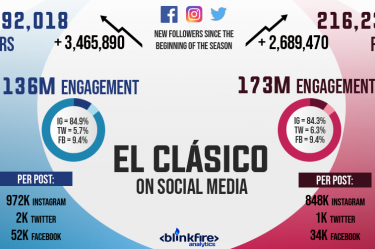 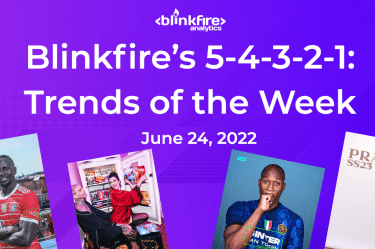 How Soccer Teams Use TikTok for New Kit Launches