While the 2019 men’s grand slam champions were some of our usual suspects — Novak Djokovic and Rafael Nadal, women’s tennis saw a surge in fresh faces hoisting grand slam trophies for the first time. Naomi Osaka won her second grand slam title and first-ever Australian Open title; Ashleigh Barty won her first grand title at the French Open; and Bianca Andreescu was crowned champion at the US Open.

Besides the new ladies standing on the winner’s podium, women’s tennis welcomed a rising star in 15-year-old Cori “Coco” Gauff, who mesmerized tennis fans around the world during her magical run at Wimbledon.

As these young players make moves on the tennis court, their notoriety, brand, and social media following will only continue to increase. And, that’s when sponsors come knocking.

Summer of 2019 (played to the musical notes of Bryan Adams’ ‘Summer of 69’ ballad). Both Gauff and Andreescu will look back at this past summer as one of the defining moments of their career.

Andreescu missed the grass court season rehabbing an injury, but entered hard court season, and the rest is history. With wins in Toronto at the Rogers Cup, and NYC at the US Open, Andreescu’s fame and ranking catapulted. Her social media following and engagement did as well. American tennis has been looking for a young talent like Gauff, especially since the Williams sisters’ historic careers will one day come to a close. Gauff not only joins the ranks of such promising Americans as Taylor Townsend, Madison Keys, Sloane Stephens, and Coco Vandeweghe, but also brings a loyal following of other young players and fans. The future of women’s tennis.

Gauff’s Cinderella story at Wimbledon saw the then ranked #313 player become the youngest in the Open Era to qualify for a grand slam main draw, making the round of 16. An up and coming American player, the world fell in love with Gauff, and her social media following was a prime example.

The fifteen-year-old phenom’s Twitter followers increased by more than 400% during the fortnight, with the most significant increase during her three-set win against Polona Hercog in the round of 32 on July 6. Gauff and Andreescu are part of a new wave of young, fresh tennis talent winning the hearts of tennis and sports fans worldwide. That means brands will pay attention. Naomi Osaka saw her marketability soar after winning the 2018 US Open — leaving adidas for Nike in 2019 and also holding deals with Nissan and Citizen Watch.

Bianca Andreescu’s Instagram post hoisting the US Open trophy to a backdrop of NYC was the athlete’s most engaging social media post of 2019, earning more than 246,000 engagements. The Canadian already has sponsorship deals with Nike and BMW, but with her recent successes, sponsors will be lining up. Maybe even some Canadian brands like Tim Horton’s or Canadian Tire, aye🇨🇦? As a member of Roger Federer’s Team 8 agency, Gauff’s sponsorship deals have been coming in — signing agreements with New Balance, Barilla, and Head. Could Gauff, who hails from Atlanta, see hometown beverage giant  The Coca-Cola Company sign on next?

Following Gauff’s loss to world #1 Osaka in the third round of the US Open, she thanked New York in the below Instagram post, and it became her most engaging social media post for 2019, giving exposure to Barilla and New Balance. We have the data, so what does it all mean?

Great question. There isn’t just one way to take these valuable insights and turn them into action. Of course when a player wins a big tournament or an underdog prevails, greater engagement and follower growth will ultimately follow. The bigger focus in play is what to do next with the increased exposure earned. Whether that’s an athlete and his/her team building out a social media content strategy to drive sponsorship exposure or in Coco Gauff’s case using the past six months of data as the foundation on which to tell her story to sponsors, the possibilities are endless.

On a side note, as I reviewed posts from the US Open, I noticed how many young players either had an Instagram Business Account or Instagram Creator Account. Unlike many older, more established athletes who still continue to have Personal Accounts (think Lebron James and Serena Williams), younger stars realize that brand awareness is built on social media, especially on Instagram. By converting to a business or creator account, there is the ability to understand fans/followers, build content, and establish a presence.

As the tennis season begins to wind down with play in Asia and the WTA season-ending tournament in Shenzhen, China, the sky’s the limit for Gauff and Andreescu. 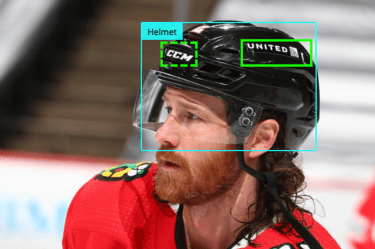 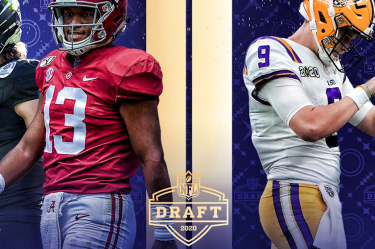