For the past year and a half, Blinkfire Analytics has worked with the Scottish Premier League team Motherwell Football Club (Motherwell FC) to track and value their social media sponsorship and analyze their social inventory.

We also had the chance to interview Grant Russell, Motherwell FC’s Communications Manager, to talk about Motherwell FC finding the best fit with Blinkfire Analytics in helping take their social content and sponsorship data to the next level.

Background on Motherwell FC and how you think about social media and digital marketing?

Motherwell FC has a local yet loyal fanbase, and the club competes with the nation’s two major teams, Celtic FC and Rangers FC (both based in Glasgow).

Digitally the club recognizes an opportunity to not only serve its current fanbase, but also open new opportunities with different audiences and partners. The social media space allows us to present to a greater number of people, showcasing the values of our club and town, building our brand, and highlighting the talents of our players, while also driving new revenue streams.

With that in mind, we changed our approach to effectively work as a mini in-house agency, producing predominantly for the team and club, but also doing work for our partners. Our team is small, with three full-time staff across digital media, social media marketing, video production, and graphic design, so we rely on data to shape our decision making.

How important was data integration during the business decision making processes?

The senior management at Motherwell FC, led by chief executive Alan Burrows, is exceptionally digital-minded, so Blinkfire Analytics wasn’t a hard sell. Demonstrating the potential impact the platform could have and the returns we could achieve made it a very easy decision.

We brought Blinkfire Analytics on board in mid-2018, and it’s been a hugely beneficial partnership ever since.

What key elements was Motherwell looking for in a solution like Blinkfire Analytics?

A solution that could clearly demonstrate to us what was working (and what wasn’t). Our content team is small, so we needed to know if what we produced was effective. We also wanted to know what exposure our partners drove and the value behind it.

Comparative data was important too; comparing ourselves against others and seeing what works well for different teams and franchises in our sector, albeit most have far greater resources.

How has the relationship between the partnership and communications teams evolved since you started leaning on data more frequently?

Digital can be seen as a bolt-on to commercial partnerships; a place to have your company logo attached as part of a broader relationship. We knew there was more value in strategic social media placements. In July we signed a deal with Paddy Power as our front of jersey sponsor — part of Paddy Power’s wider “Save Our Shirts” campaign.

Since using Blinkfire Analytics’ platform, we worked internally to unlock specific digital assets of high value that we should leverage. We can also forecast how much prospective partnerships should be worth.

What Blinkfire Analytics data is used to drive content creation?

We review engagements our content receives across our four major social media channels. We chart the success over time as well as the success of specific content. We also gather the data and group it into categories, so we understand which areas are performing well and which need work. Since working with Blinkfire Analytics, year-over-year engagement per post increased more than 50%.

Paying attention to the data our audience engages with via Blinkfire Analytics Media Kit’s Engagement by Day and Hour has been instrumental. We believe that great content can thrive whenever it is posted, but we do strategically place specific content around times we know our fans are most likely to like, comment, or share.

In the future how do you think Motherwell FC data can be further leveraged to impact sponsorship sales, fan engagement, and brand building?

Data is vital in the three areas I mentioned earlier. When it comes down to shaping your decisions and knowing your value and your fans’ desires — data is king.

Using the insights learned over the past 18 months, where does Motherwell FC go from here?

In sponsorship sales, our partners want to know which content or series of content worked best among Motherwell FC’s fans and how we build on the successes or improve on the strategy. Deep data on audience + content is vital and will only increase in its importance.

Fan Insights helps with personalization. By using the data provided, we make sure fans’ different needs are met with the content and information they desire.

Finally in brand building, Blinkfire Analytics helps paint a clearer picture of where we stand in the Scottish Premier League (as well as the rest of the sports ecosystem) and how we should position ourselves to raise our profile and our core values in the most meaningful way possible. By analyzing campaign data, we build out our audience further and define our messaging. 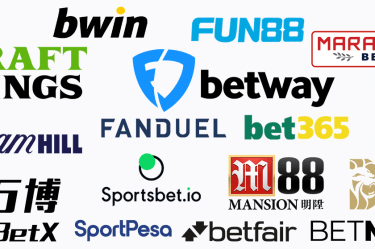