The Ins & Outs of Global Ranking

Blinkfire’s Global Ranking was developed to benchmark social media performance. With a few clicks in the platform, the Chicago Cubs, for example, can view their social data compared to the 29 other MLB teams.

It’s one thing to view your team’s data, but the social media landscape completely changes when a league’s worth of data comes together to better understand performance. And, one of the best parts of Blinkfire is that you not only have access to a myriad of reports for your team’s owned and operated accounts, but you also have access to posts and public social media data for non-owned and operated accounts. So, let’s start talking Global Ranking.

What is Global Ranking?

For a team, Global Ranking is broken down into two rankings:
1. Teams in a League Benchmarking
– Social media performance for the teams in a league. The Chicago Cubs’ social stats are compared against the other MLB teams. Stats includes engagement across owned and operated social media channels, video views, and number of posts).
2. Roster Players Benchmarking
Engagement, video views, and more compared across a team’s roster players. For a league, Global Ranking is broken down into three separate rankings:
1. League, Team, and Roster Players Benchmarking
– When using Global Ranking for the MLB, the MLB, teams, and roster players would be compared to other leagues plus teams and roster players.
2. League Benchmarking
– Social media performance that includes only the leagues. In this example, the MLB would be compared to other leagues.
3. Teams in league Benchmarking
– Social media performance for the teams in a league. Continuing with the MLB, this ranking would include the 30 MLB teams. What metrics are included in Global Ranking?

With a customizable date range of up to 365 days, Global Ranking not only offers flexibility with search, but also with the data that is shown.

Great! How would a team or league use Global Ranking?

There are numerous ways to leverage Global Ranking’s data, from macro reporting to micro reporting ( which includes layering other Blinkfire reports like Media Kit or Daily Engagement). In this example we’re going to talk about high-level, snapshot reporting.

Since March 12 (the start of MLB’s postponement due to COVID-19), the Chicago Cubs want to see where they rank based on total engagement. Historically speaking, they are usually in the top 5 of MLB teams. In looking at the March 12 – July 9 Global Ranking, the Cubs are the 3rd most engaging MLB team. Using this data snapshot data, the team’s social media and content team can 1) benchmark 2) highlight their success versus the rest of the MLB 3) dive deeper into the numbers to see if there are pieces of content that may not be performing well or 4) use the data to potentially shift/enhance their social media posting strategy.

Stay tuned for more articles from our team on Global Ranking, as this report offers users endless ways to benchmark, prospect, grow, and monetize. 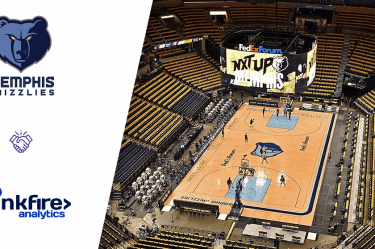 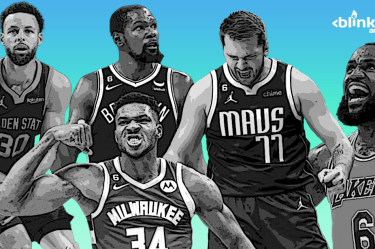