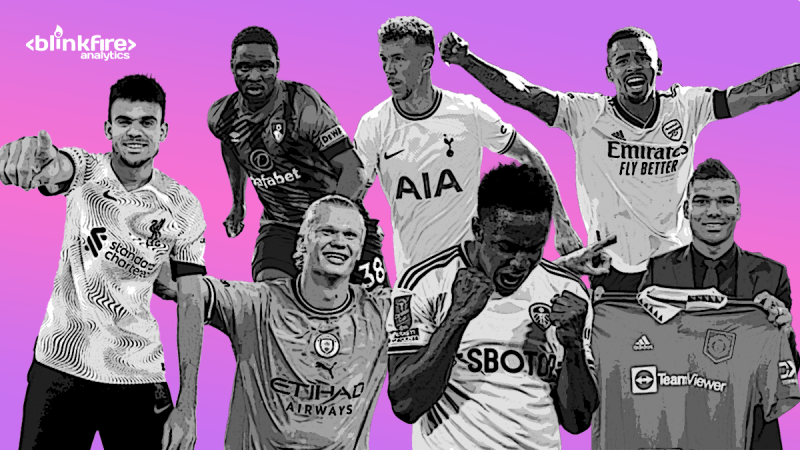 After a long offseason, the English Premier League (EPL) is finally back.

Since we’re in the business of sponsorship, the start of a season is an exciting time as teams unveil new kits and new sponsors. Some EPL teams kept their sponsors from last season, other teams have found new sponsors, while others have done both.

It’s no secret that the Premier League is a global brand, with some of the world’s most significant companies bidding to sponsor club jerseys. Jersey sponsors, including front, sleeve, and kit maker, are a staple of the game today and something you expect to see.

For the 2022/2023 EPL season, we looked at each of the 20 Premier League teams front of jersey, sleeve, and kit supplier based on brand and industry.

Out of the 20 top flight, eight teams have a betting/gaming brand as their main jersey sponsor for the 2022/2023 season. AFC Bournemouth, Everton FC, and Fulham FC all signed new contracts with gambling sponsors this season. There has been talk in recent years about banning British soccer clubs from having gambling sponsors on their jerseys, so it will be fascinating to see what happens soon.

Four teams have financial brands as their jersey sponsor for the season, including Wolverhampton Wanderers who signed a deal with AstroPay as their main jersey sponsor until 2023.

Two teams have online automotive companies as their jersey sponsor — Aston Villa since the 2020/2021 season and Crystal Palace, who signed a multi-year deal with Cinch this year.

Arsenal and Manchester City continue with long-time partners Emirates Airlines and Etihad Airways as their sponsors, who are also the naming rights sponsors.

One difference between front of jersey and sleeve sponsors is the wide variety of brand industries that sponsor the sleeve. Over the past two years, cryptocurrency, with its increased popularity as well as marketing and partnership budgets, entered the Premier League when Chelsea signed WhaleFin as their official sleeve sponsor. Other industries worth noting are financial, retail, and eCommerce.

While sponsors adorn the front and sleeve of EPL jerseys, kit suppliers are also front and center, paying large sums to be a team’s official apparel sponsor. Adidas and Nike account for 45% of EPL kit makers. Castore, a British sports brand founded in 2015, has found a place in the Premier League, sponsoring Aston Villa, Newcastle, and Wolverhampton.

Take a scroll through the 20 Premier League teams and their jersey, sleeve, and kit sponsors. We’ve even put together a playlist of posts from Blinkfire highlighting brand exposure plus asset and scene detection.

Learn how Blinkfire can track, value, and report on social and digital sponsorship. Get in touch today. 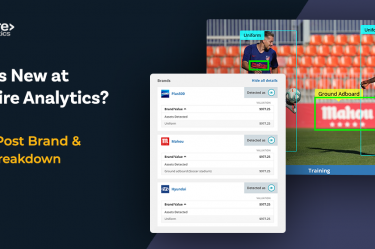