Hey, this is Trey, Cosmos, and Brandon at Blinkfire Analytics. Resident data nerds, marketers, and blog writers for the summer. Oh, yeah, we also like sports a lot. So this is kind of a dream.

We’re here to learn a thing or two about the intersection of sports, social media, analytics, business, and sponsorship, while also showing our readers a thing or five. Keep checking back weekly for more articles from us. For today, here’s a quick recap on the NBA Finals.

The NBA finals started out looking like the Suns had an easy sweep on their hands (and the “Suns in 4” guy was looking to be a legit hero). If you don’t remember him, here he is. Legend.

But, Giannis and the Bucks had other plans. The #FeartheDeer crew prevailed, winning four games in a row in heroic fashion and bringing the city of Milwaukee their first championship in 50 years.

Instagram was the big winner for both teams, driving the largest percentage of engagements compared to Twitter and Facebook. Both teams drove relatively the same percent of engagements on Twitter. One call out is the Twitter engagement driven. Pre-pandemic, based on data in Blinkfire Analytics, Twitter would consistently drive less engagement than Facebook. But there’s been a resurgence, as evidenced below.

The Suns took advantage of the increase in engagements through game preview graphics and score graphics each quarter, placing special emphasis on their jersey sponsor PayPal through selective passive exposure.

The Bucks also took advantage of the increase in engagements through both player of the game graphics and score graphics highlighting their jersey sponsor: Motorola. One note: The Bucks launched their jersey patch partnership with Motorola at the start of the playoffs, replacing Harley Davidson.

The big winner in terms of engagement earned was also Motorola + Bucks, driving 13x more engagements than the Suns drove for PayPal.

Along with the Trail Blazers, the Bucks have a partnership with Calm. The meditation app sponsors the team’s score graphics.

Motorola just isn’t on the Bucks’ jersey. The team makes sure to incorporate the company + razr brand on player stats. The post below highlighted Giannis as the player of the game.

While the Suns did not have an active sponsor on their score graphics, in the Instagram post below their social team made sure to select a photo of Devin Booker with the Nike and PayPal logo visible.

We noticed another content trend which incorporated shopping. The Bucks took advantage of their players sporting new apparel and then directly linking the post to the team’s store. Genius. We think this trend will stick for the 2021/2022 season, with more teams implementing it. 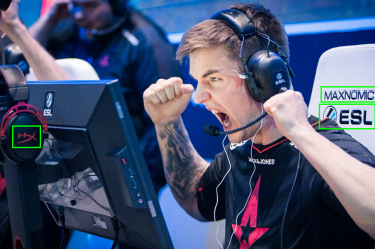 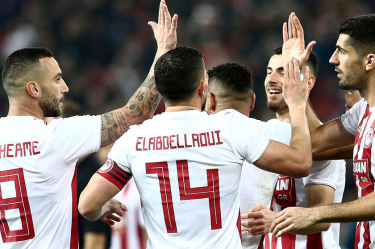